skip to main | skip to sidebar

Shadow Everton was the guest of honor at a holiday luncheon at "Olive Garden", hosted by the Thursday morning "Studio Club" from Tumbleweed. The Thursday ladies had made a quilt from the book, "Women of Grace & Charm", which is a quilting tribute to the women who served in the military in World War II. They decided to give the quilt to a present day woman who has served in the military and Shadow was the lucky recipient! She was overwhelmed by their generosity! Shadow is actively serving in the National Guard and was in the Army when she was stationed overseas. She is a wife and mother with 17 years serving her country in the military! Thank you Shadow!! 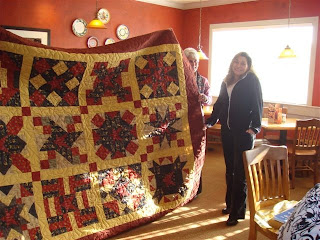 It's almost Christmas! I finished the little tree skirt for this little tree. 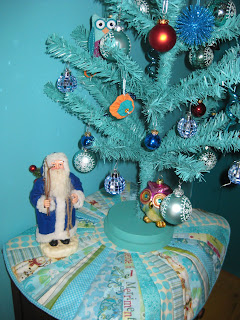 I love my sewing guy Nutcracker. His spool hat, thimble shoulders and "skirt", button shield, and the needle he is holding are just great! He's keeping company with my elf, who has been around since I was a little girl. 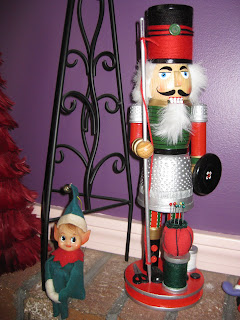 These are a couple of my favorite kitchen Santas, the Coke bottle Santa and the Cupcake Santa. 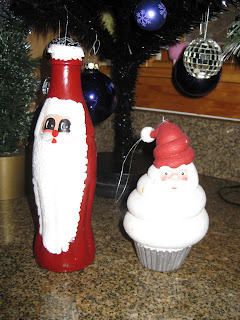 Mary Carlson
I love quilts! I manage Tumbleweed Quilt Shop on Cape Cod and am here to share a slice of my life both on the job and off. I hope you will be inspired to create and love quilts too!

Links with lots of quilts 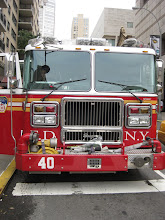 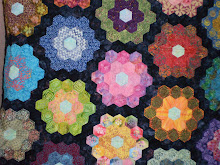